The Sandviken region encompasses Gästrikland,Hälsingland, with direct proximity to Uppsala, Stockholm, Mälardalen, Bergslagen and East Dalarna. One third of Sweden’s population and just over a third of Sweden’s companies are located within a radius of 2 hours. That means 3.3 million inhabitants and 400 000 companies.

Sandviken is centrally situated in Gästrikland, in an area where there are several large export industries, such as Sandvik, Ovako, Stora Enso, Billerud- Korsnäs, ABB, Kraft Foods Sverige (Gevalia) to name only a few. The region is unique in that all of the basic industries are represented. In Sandviken municipality there are of the order of 3 300 companies that are active in the different sectors.

Sandviken municipality is used to receiving visits from overseas companies. Sandvik AB alone receives more than 10 000 visits per year. Consequently, Sandviken offers an organization and level of hospitality that can handle frequent international visits and make the visitor’s experience even better.

The international high-technology engineering group, Sandvik AB has played a fundamental role in the development of the region. The growth and expansion of Sandviken municipality has also to a high degree been dependent on Sandvik AB since the establishment of the company in the 1860's.

Sandvik AB is one of Sweden´s leading export companies. The company attracts many persons to Sandviken, which gives the town an international character. The Sandvik group comprises 200 companies in 130 countries. Employs just over 10 000 people in Sweden and 47 000 people internationally, and has a turnover of around 100 billion SEK. The industrial estate in Sandviken is Sweden’s second largest industrial estate at almost 3 million m². The group has its base for research and manufacturing of tools and special materials in Sandviken.
Sandvik AB

Develop your business in Gävleborg!

Invest in Gävleborg is the official investment promotion agency of Gävleborg. We offer comprehensive one-stop investment consultancy services that are confidential and free of charge.
www.investingavleborg.se

Other information about Business Sweden 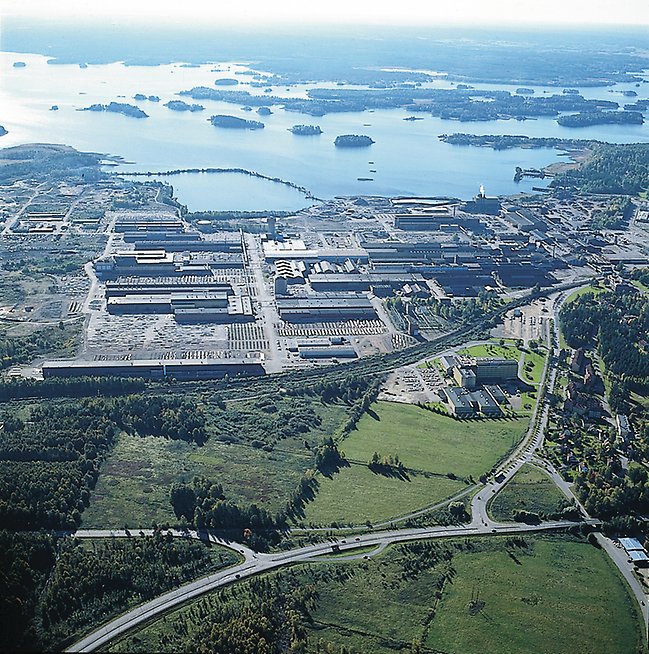 Sweden has a long tradition of international operations. The presence of many large multinational corporations has fostered a detailed knowledge of international business, management and language skills. Swedes´ command of English is among the best in Europe.

Through its geographic location and EU membership, Sweden is part of three significant economic areas. Scandinavia, where Sweden traditionally holds a strong position, has a population of close to 25 million. The country also has a strategic position in the rapidly expanding Baltic region, with its population of 100 million. Membership in the EU has provided access to a market with a total of 370 million people.